Museum in a Pot 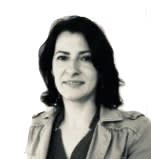 It is the month of December. It's chilly outside and Christmas is just around the corner. It's the perfect time to talk about holiday food! One local museum in Požega looked to the traditional kitchen for inspiration for a seasonal exhibition called Museum in a Pot, a project that explores traditional holiday recipes and customs.

The Advent season has many customs that have been practiced for generations in both the rural and more urban parts of the Požega region. Traditional Christmas food is what is at the heart of Museum in a Pot.

"In the city, there were many shops that offered colonial goods. They had a wide variety of spices and condiments. There was sugar, of course, for all who could afford it. This was mostly for the wealthier residents, the bourgeoisie and the local nobility. During this time the ladies in the family would begin baking sweets in early December. By Christmas and New Year's, and these ladies kept meticulous records, they would have already baked 20 to 30 different kinds of sweets," says Maja Žebčević Matić, a curator at the City Museum of Požega. 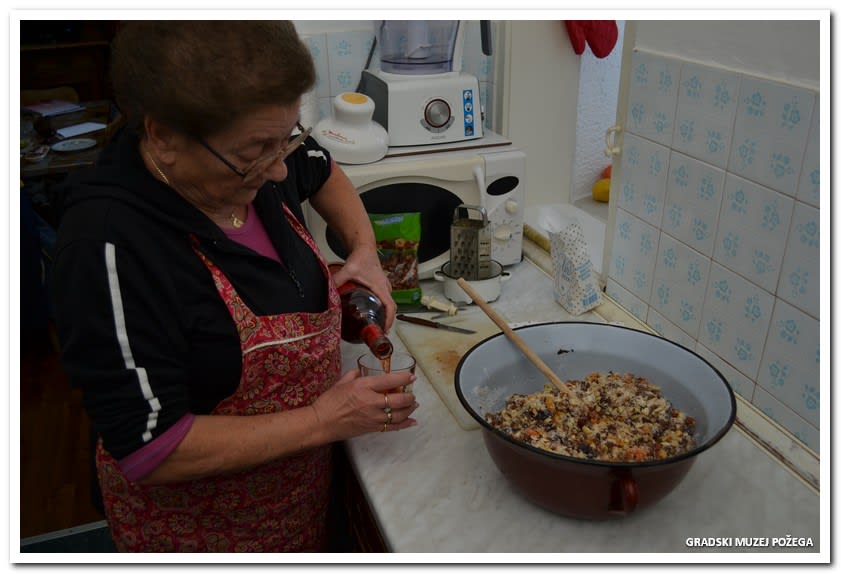 Much like it is today, Christmas time was a time that needed to feel special, abundant and indulgent. The women bakers were also very competitive and wanted to come up with something no one had made before, so many of them looked to foreign cuisines for inspiration.

“One traditional recipe that caught our attention came from one particular family, from the descendants of the famous local painter Miroslav Kraljević. It is called klecenbrot and it is a kind of dry cake made of dried fruits and a very crumbly dough with only a dash of yeast. It shows just how special a time Christmas was because it has all of the ingredients in one dish that bakers would normally use in all of the cakes and pastries they would make during the year. It has every possible ingredient from candied citrus peel, nuts, every imaginable dried fruit, a rich rum dressing, to sugars infused with spices. The mixture sits overnight before it is folded into the dough and eaten on Christmas Day. Of course, this dessert came to us from the northwest, arriving first in noble families and then later in the homes of the bourgeoisie,” says Žebčević Matić.

In the village, Christmas meals were prepared differently. Villagers would get ready for Christmas by indulging much more modestly.

"Preparing for Christmas night, the magical night of Christ's birth, meant bringing the Christmas log into the home and placing it on the hearth. This log would have to be big enough to burn all night and day. There were many other smaller rituals as well characteristic of both rural and urban areas, but what is interesting in the village is the Christmas Eve tradition of making a very old dish that the Croats brought with them from their ancient homeland. It is a kind of unleavened bread baked in thin sheets on the hearth. Today we can make it on the stovetop and we call it mlinci or jufke, but here locals call it loksa. These sheets were very hard, so they would be dressed with honey or warm sugared water to soften them up. Then they would be topped with a dusting of more sugar or some honey and walnuts. People would roll them up like crapes and enjoy while waiting for Midnight Mass,” says Žebčević Matić.

This is a good example of the contrast between Christmas traditions in the city and in the country. In the city, people were open to innovation and inspiration coming from foreign cuisines.

"In the country, children would wait form Midnight Mass while sitting on bales of hay, munching on a crunchy loksa, sweetened with honey and dressed with walnuts, while in the city children would attend a formal dinner where fish was served. The city kids would get to have viensuppe, wine with sugar and eggs, which they would spoon out of a cup. That was a really special treat for children. Therefore, Christmas Eve was special in both the city and the country and food was a way with which the magic of this holiday that celebrates the birth of Christ was expressed,” says Žebčević Matić.

The Museum in a Pot in Požega has collected all these traditional recipes in one spot and put them on display during the Advent season. All of the recipes can be accessed on line in Croatian by searching for Muzej u loncu.

This week’s story was written and prepared by Maja Raguž.