Croatian scientists working to save sea turtles in the Adriatic

Scientists in Croatia are part of a network that is helping to save the loggerhead sea turtle.

The loggerhead sea turtle was just recently on the verge of extinction in the Adriatic and the Mediterranean. However, its population is recovering thanks, in part, to the efforts of European scientists, led by biologists DraŠko Holcer, a curator at the Croatian Museum of Natural Sciences in Zagreb and the head of the Blue World Institute of Marine Research and Conservation, a non-profit organization.

When the scientists set out on their project, Hozcer says, they started with the premise that efforts to protect the loggerhead sea turtle in European waters had to involve a network of local communities. The project is financed by the European Union from the Life program, one of the EU's oldest programs for the protection of habitats belonging to endangered plant and animal species.

“We have six countries and nine partners taking part in this project, which receives more than 5 million euros. The goal of the project is to unite organizations, institutions, and people who are working to protect sea turtles over the entire area of their habitat and to create a coherent, concerted effort,” Holcer says.

Sea turtles, and in the Mediterranean these are mainly loggerhead sea turtles, live in a large area, covering the entire Adriatic and Mediterranean, according to Holcer.

Loggerhead sea turtles have been living in the Adriatic for a long time. This is where they feed and spend their winters. New research has shown that they reside in the North Adriatic until they reach sexual maturity, which takes approximately 20 years, before heading off to the warm beaches of Greece, Cyprus, and Turkey to lay their eggs. 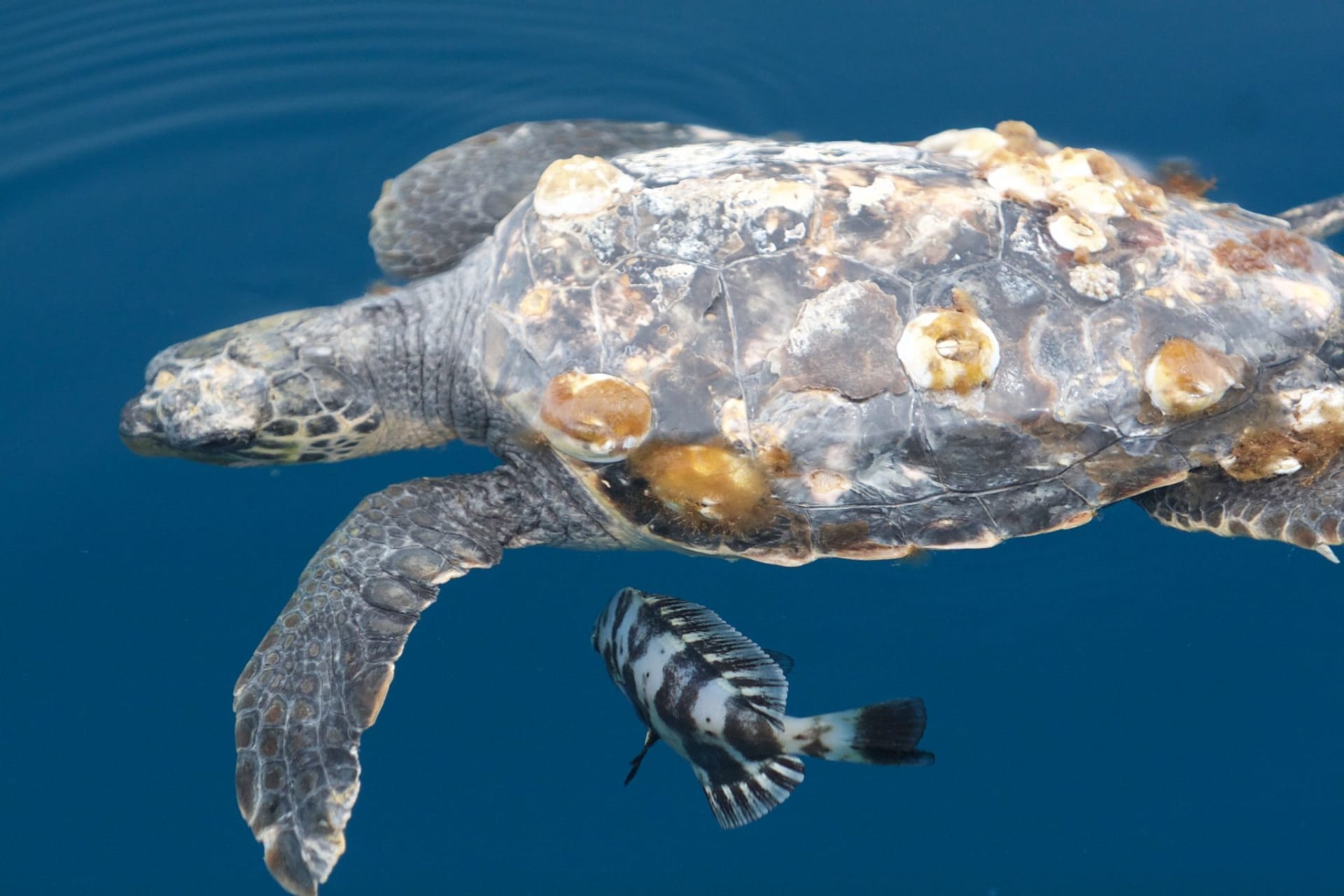 “What's really interesting is the tracking research has shown that females that originate in the Adriatic are the largest. These large turtles are well-feed and larger than ones coming from nesting grounds in Turkey or Cyprus, and they lay the largest number of eggs. Therefore, they contribute to a more robust recovery for the species,” according to Holcer.

To track the turtles they are studying, the scientists created an application called eTurtle.

“On the web or via an app that you can download and install on your smartphone, people can report what they see,” Holcer says.

That could be a dead or live animal, a nest or something else, he says. This crowd sourcing method is called citizen science and it is a concept that is gaining popularity.

“It’s a way to motivate the public to learn more about conservation, but also to get them to help us gather data which we need,” Holcer says.

The reports help the scientists gather information about the death rate or locations the animals are frequent or where they nest.

“All of this is information that help us improve our management and conservation efforts for these animals,” Holcer says.

There are two centers that monitor sea turtle populations in the Adriatic in Croatia, Blue World in Mali Losinj and Verudela, near Pula. Both frequently work with the public, which often reports on turtle migrations and members participate in their rescue.