100 Years of Varteks: an exhibit at Zagreb Arts and Crafts Museum

The Museum of Arts and Crafts in Zagreb opened its fall season with a show celebrating 100 years of the Varazdin textile company Varteks.

Textile manufacturing has been an important part of Varaždin’s history for many decades. This new show tells the story of Varteks through 14 stories, vignettes about the company that illustrate its influence on fashion, paint a portrait of its workers, and chronicle the eventual collapse of clothing manufacturing in this region. The show was curated by Spomenka Težak and Ljerka Šimunić from the Varazdin City Museum.

Varteks has branded itself as a company that does high-quality tailoring and fabrics and designs by prominent fashion designers. The business is rooted in the century-old tradition of silk weaving and manufacturing in Varaždin.  The first appearance of specialized shops for spinning and weaving cotton opened in the city in 1902. This led to the creation of the Varaždin Textile Industry, Varteks, in 1918.  The company first only spun fibers and made fabrics, but in 1926 it began to manufacture tailored clothing. Getting their products to market was not easy because back then customers were used to getting their clothing from tailor shops. A few years later, Varteks had a network of shops throughout the country. 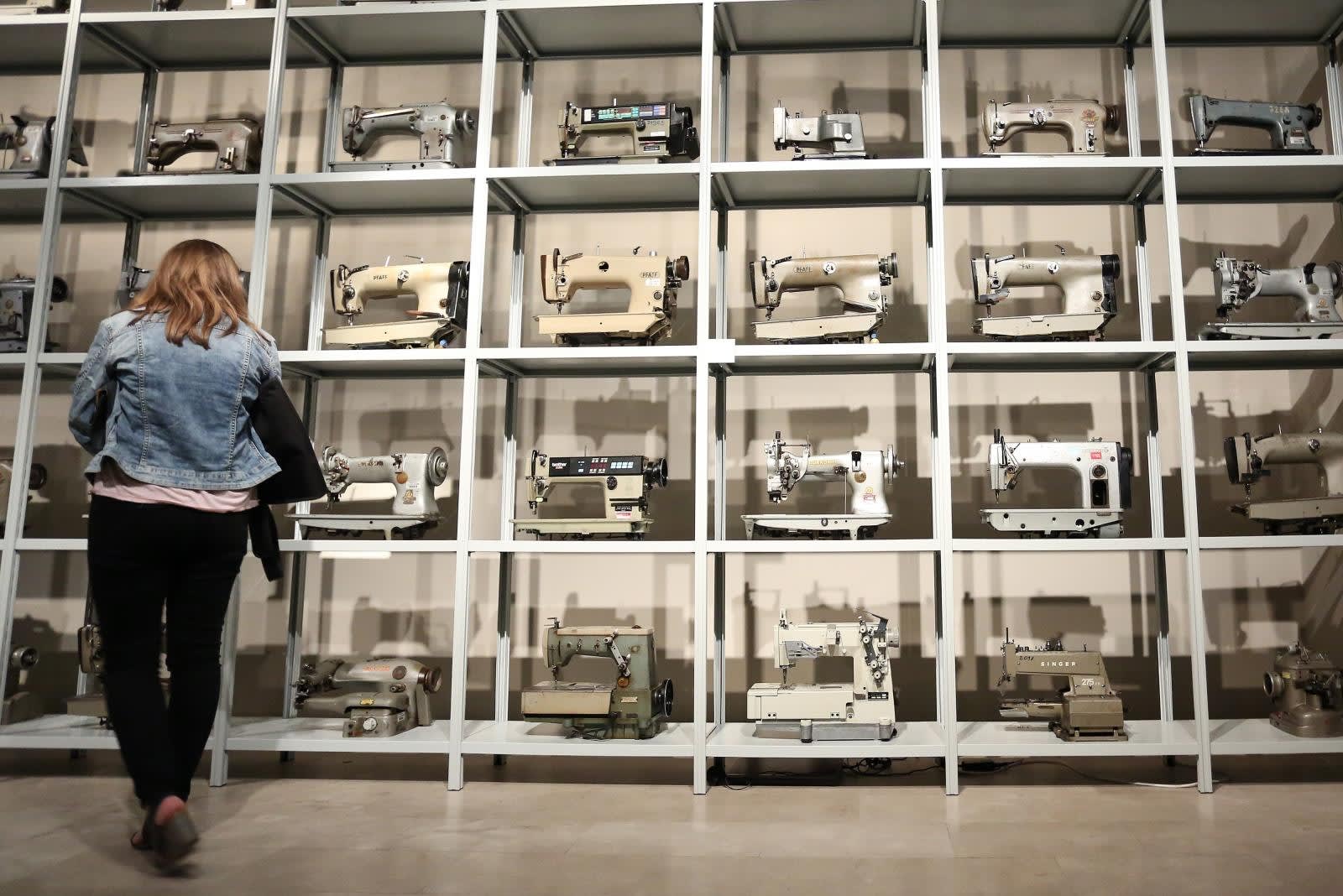 “In the 1930, the Varazdin Tekstile Industry had shops in most major cities in the country, that is, Tivar Suits had shops, as they were called back then,” says Spomenka Težak.

Initially, a worker made the entire garment, but soon production began to specialize and the company introduced a line, with specific tasks assigned to each worker. At this time, the company began to advertise in magazines.  To reach customers in smaller towns and villages, the factory also introduced a traveling sales force.

“From 1934 to 1937 the company began to advertise family clothing. That was the real beginning. Their leading products were warm items. The coats reflected the fashions popular in Paris and Vienna, simple, appealing and functional. The fabrics were top quality wool. That's what's what Varazdin was known for,” Težak says.

During the Second World War, the factory sewed military uniforms. After the war, under the new socialist regime, the company was nationalized. Its owners received compensation and the factory came under government ownership. In the late 1950s, Varteks had 150 stores nationwide, and soon began collaborating with seamstress and fashion designer Žuži Jelinek.

“She saw a real potential in Vartkes, which was not really recognized at the time. She made an offer to the managers to work with them. She would create the designs in her salon and the company would manufacture the pieces according to her prototypes,” says Ljerka Šimunić.

In order to compete, the factory, now known as Varteks, launched a major publicity campaign. In 1967, it entered into a catalog sale agreement with catalogue giant Neckermann and opened a department store in Zagreb's Main Square. In the 1970s, Varteks began making uniforms.

“In the 1980s, Varteks had 11,500 thousand workers. That was a quarter of the city's population. We can say that Varteks had huge impact on the standard of living for locals in Varazdin, and that part of Northern Croatia. It made it possible for them to spend their summers vacationing on the coast and there winters holidays in Trakošćan. Varteks had employee holiday hotels in Rab and Mali Losinj,” Težak says.

Towards the end of that period, a crisis was looming. The 1990s brought the war and difficult period for all businesses. However the company survived and in the new, independent Croatia, Varteks launched a number of new fashion brands for women, men and children. It continued its collaboration as a licensed partner of Levi Strauss Co. in Europe, which lasted from the 1980s until 2013. Although the factory employs significantly fewer workers today, it still operates successfully and is one of the few textile industries in Croatia that has managed to survive the challenges of the 21st century.

The show opened at the Museum of Arts and Crafts in Zagreb on September 4th. In addition to the exhibition, it also features workshops and events in collaboration with the Faculty of Textile Technology and Design in Zagreb.

This story was prepared by Ira Karlović and Ivana Perkovac.